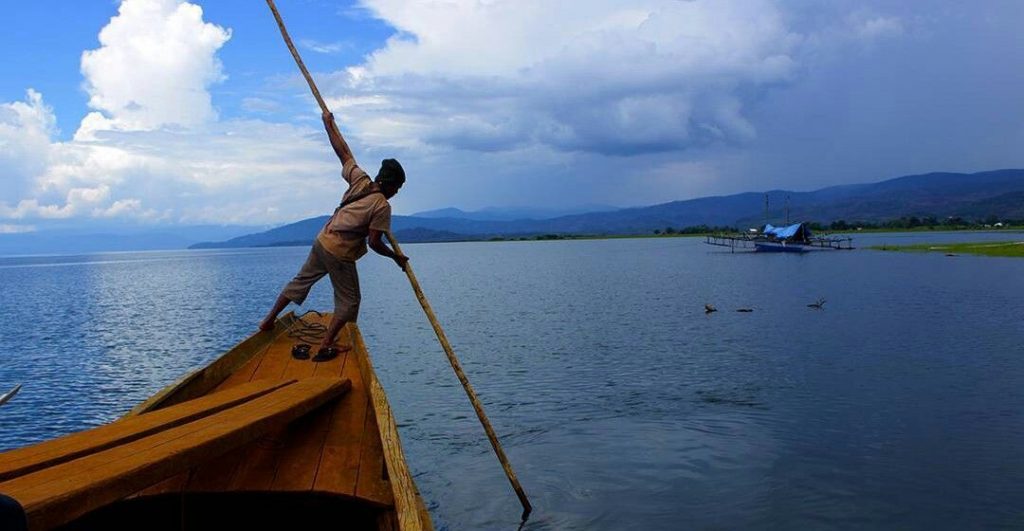 Located in the equator, Indonesia is considered to have the same climatic and environmental conditions from time to time. In fact, Indonesia is located right in the Indo Pacific Warm Pool (IPWP), which is the part of the ocean with the highest temperature.

The area fluctuations in the IPWP affect rainfall patterns around the world. Not to mention, geologically, Indonesia is a very active place with many volcanoes whose eruptions can affect the global climate. Therefore, Indonesia has an attraction for ancient climate studies.

One area that has the potential to be a place for ancient climate studies is Lake Towuti in East Luwu Regency, South Sulawesi Province. With a surface area of ​​560 km2 or approximately the area of ​​DKI Jakarta, this lake is the second largest in the country.

In 2005, the author (Satria) began communicating with his partner, Prof. James Russell from Brown University, United States, to conduct a small study on Lake Towuti. This study is to determine the feasibility of ancient climate studies or paleoclimate by utilizing sediment from the lake which has a depth of 200 meters.

Satria and James conducted a direct survey in 2007 and mapped the presence of sediment in Lake Towuti using the CHIRP (compressed high-imensiry radimed pulse) equipment and took samples of sediment on the surface. A larger survey was carried out in 2010 using seismic airgun equipment to map subsurface sediments as well as piston cores to obtain deeper sediment samples.

The survey results indicate the presence of sediment layers more than 150 m thick in several basins. Sediment from a depth of 10 m itself is known to be around 60 thousand years old. Like the pages of a history book, the sedimentary layers of this lake have the potential to store climate and environmental history records dating back 900 thousand years.

In 2012, Satria and James held an international workshop in Bandung, West Java, to discuss the feasibility of drilling for Lake Towuti sediments. The workshop was attended by the Regent of East Luwu Regency, researchers from LIPI and universities, as well as representatives from PT Vale Indonesia Tbk (a nickel mining company located in Sorowako).

In 2015, with logistical support from PT Vale Indonesia Tbk, researchers from various countries under the leadership of James and Satria succeeded in implementing the TDP (Towuti Drilling Project). The three-month work of researchers from the Bandung Institute of Technology, Hasanuddin University, Halu Oleo University, Sam Ratulangi University, and foreign research partners (from the United States, Germany, and Switzerland) succeeded in obtaining sediment from three locations on Lake Towuri with a depth of up to 170 m.

The sediments obtained were then investigated in various universities involving various scientific fields, from geology, geophysics, geochemistry, geobiomicrobiology, to palinology (the science of pollen or pollen).

During the implementation of the TDP, the researchers interacted closely with the communities around the lake. The researchers also provided opportunities for school students, community leaders, as well as DPRD members and government officials to visit the barge where the sediment was taken. The researchers also interacted socially with the local community through breaking the fast together with other social events. For foreign researchers, this opportunity to conduct research in Lake Towuti is a unique experience.

Mirror the condition of the ocean 3 billion years ago

Information from sedimentological and geochemical studies shows that Lake Towuti was formed about 1 million years ago when rapid tectonic activity lowered the land surface which was originally a swamp.

Although the history of climate and environmental change is still being researched, a study of the youngest 10 m of sediment that represents climate change over 60,000 years ago shows that the environment around the lake is not always the same. In the period of 31 thousand-17 thousand years ago, the area around the lake turned out to have a dry climate and was dominated by grasslands or savannas, which was very different from today’s tropical rain forests. This period coincided with the last ice age when sea levels fell globally and the islands of Java, Sumatra, and Kalimantan merged with mainland Asia.***